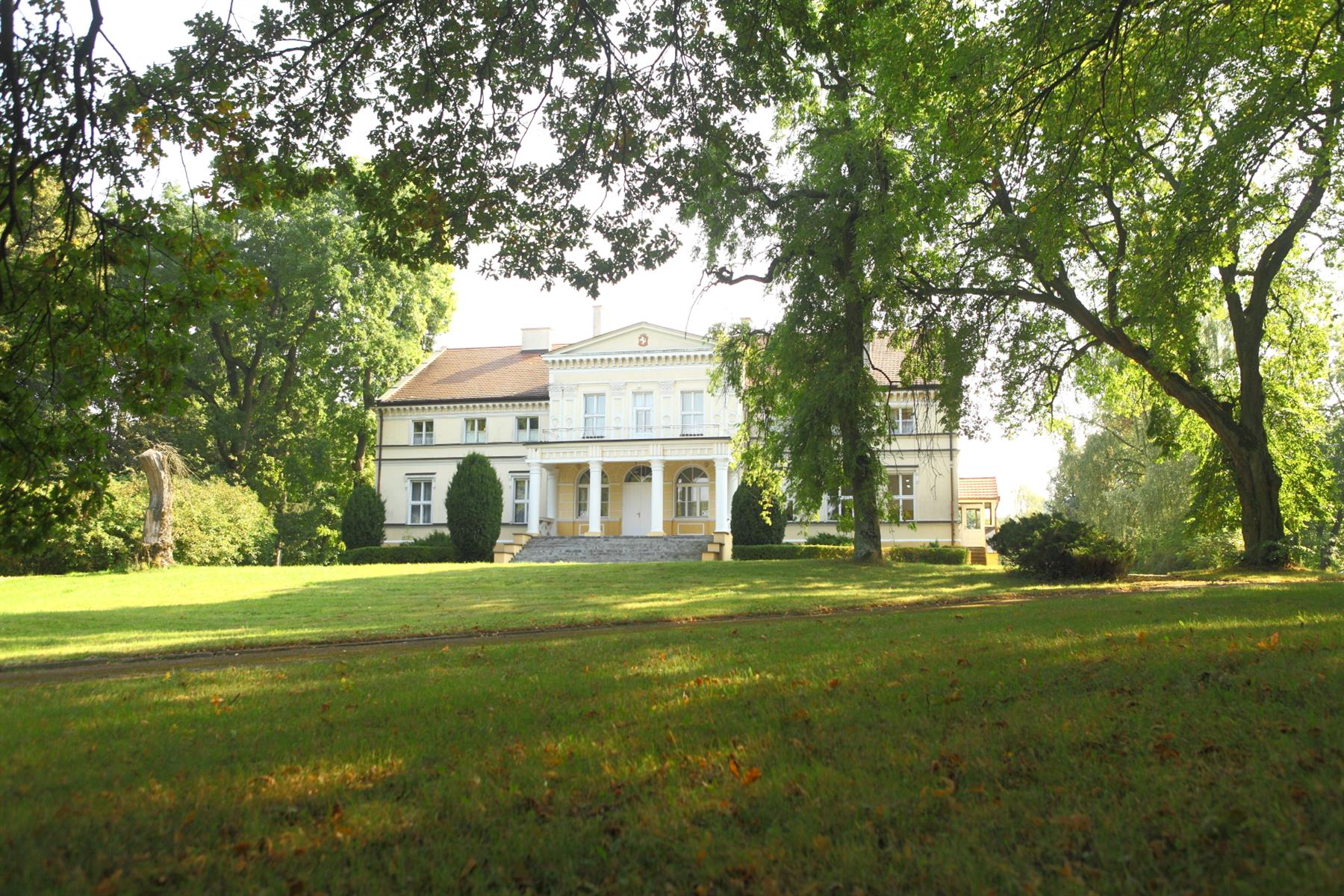 INTERNATIONAL SPORTING PROPERTIES presents a late-classical palace, situated on a small hill in the middle of the park’s establishment, built on a rectangular plan with a gable roof.

From the front, an impressive projection with stairs and a column portico supporting the balcony.

Avenue with a circular driveway leads to the palace.

The palace consists of:

There is a large barn, keepers’ house with garage, and small private garden on the boundaries of the property.

History of the palace
The palace dates from the middle XIX century. From 1570, the village was owned by Komorski and Malechinski, from about 1750 Czapski, and later until 1939 belonged to the family of Janta-Polczynski. The current palace was built in the early 1870s by Nepomucen Janta-Polczynski. Later, however, he sold the whole property to brother Adam. In 1896 Adam after the division of the property between the children (Leon got High, Adam the Great Chamber, Stanislaw after the death of his parents was to receive the Small Chamber) moved with his wife Helena from the court in Wysoka to the palace in Mala Komorza. After Adam’s death in 1901, the palace was used by his wife Helena. Then the estate was managed by her son Stanislaw Janta Polczynski who lives in Poznan to this day. In 1945, the Palace was burned, and was rebuilt in 1971-1973.

In 1998, Tomasz Janta Polczynski (son of Stanislaw) and Artur Janta Polczynski (Stanislaw’s grandson) bought the palace, along with the park from the Agricultural Agency of the Treasury. To this day, descendants of former owners live in the Netherlands. In Mala Komorza in 1858, B. Dembinski was born (died in 1939), a historian and professor at the Poznan University.

Category Luxuary Residential
Reference 4094984
Ground surface 3.6 ha
By continuing your navigation on our site, you accept the general terms of use of the site as well as the use of cookies to improve your navigation. For more information, you can consult our privacy policy.
I accept
Powered by Whise Designed and Developed by Webulous.io